Sermons Beyond Sunday for July 19 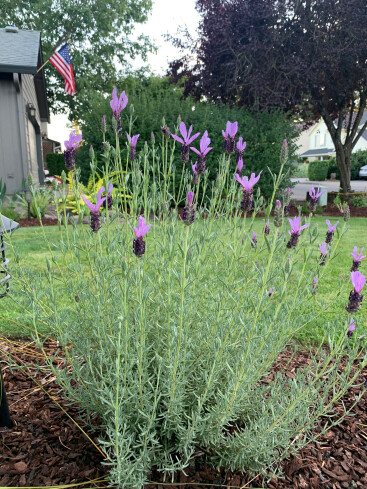 I have been in Youth Ministry for a very long time now. It’s been twenty years working as a volunteer or professional in this area. After two decades of working with teens, attending conferences, reading too many books, articles, and blogs to count, I can now after all that still not be able to tell you who from my youth groups will stick with their faith and who won’t. I also, after all this time, can not tell you what is going on in their hearts and if their faith is genuine, or if they’re just going through the motions. Faith is complicated and trying to judge the faith of others is a waste of time, and not something we’re suppose to do. Enter Pastor Ted’s sermon: a field of wheat with some weeds, and Jesus saying, “Just wait. It’s not time for the weeds to get pulled out.”

Pastor Ted talks about how sometimes we aren’t that great at identifying a weed from a plant. If I’ve learned anything, it’s that a lot of times I’m wrong about people. In our arrogance, we declare people “good” or “bad” usually based on if they agree with us or not. We see others behavior and make a judgment call about them, but we don’t know what their intentions are. People do good things for bad purposes, and people might do things we think are wrong until we discover the thought process behind them. We just don’t know what’s going on in the hearts of other people. On top of that, what does it say about us if we’re chomping at the bit to declare people bad/weeds, and them rip out of the soil? That desire shows something about the condition of our own hearts, and perhaps, just maybe, we have some weeds of our own.

It makes me think. Are we as zealous about seeking out the weeds that are growing in our own heart and lives? Do we put as much energy into discovering and confessing our own failings, and short comings, or do we only reserve that for our treatment of others?

Then there’s the “dead” Pastor Ted talked about. You know, where a plant looks like there is no hope? The picture with this post is a plant that I seriously considered tearing out more than once. At one point it was a brown lifeless stick for almost an entire summer, fall, and then into the next spring. It’s in my front yard, right where I pass to get to my front door. It was ugly and I had to look at it every day. Periodically I would declare out loud to Tim that it was time for me to tear it out. Then we would argue back and forth. He was on the plant’s side. I was on the side of making my front yard more aesthetically pleasing for me. Lucky for the plant, Tim won. The funny thing is the dead, hopeless plant now looks better than the other Lavender in the front yard, that never was in danger of being ripped out!

I wanted to rip the plant because I didn’t want to look at it anymore. I thought it was ugly, it was bugging me. Notice who this was about—me and what I want and what I’m willing to have to see. When we like to point out the failings in someone else’s faith, the lack of growth, the dead that’s accumulating, it’s once again saying a lot more about us than them. The Holy Spirit does not have to explain to us what he’s doing in someone else’s life and God doesn’t have to work in a linear, logical fashion. He can grow faith in people however He chooses. God also doesn’t have to justify to us why He chooses to be patient with people, instead of dealing with them swiftly. When we want God to deal with us in a different way then we want Him to deal with others, we’ve got a problem. We all have weeds cropping up in our lives, we all have had moments where our faith was weak, or our morality was soft. God didn’t give up on us, let’s follow His example and not give up on others.

Here you'll find short devotionals that you can use as you take Pastor Ted's sermons from Sunday morning into your week! Written by our DCE, Sara Eustice-Brown, these provide a unique perspective into the sermon, often some personal stories and insight into the verses. Questions are provided, including the "Question of the Week" to ponder. These can be used as an individual devotion or shared during family time one evening or even discussed over coffee with a friend. We hope these are a blessing to you!

Note: Not all weeks have a Sermon Beyond Sunday available. Need to refer back to the sermon? No problem. Check out our podcasts page to listen in.